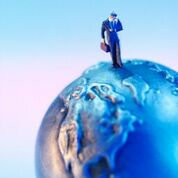 The Earl of Cardigan, whose ancestor led the Charge of the Light Brigade, has been involved with a pop star and a fight is now going on. One might think it was a love tryst but they would be wrong, according to the Telegraph in "Earl of Cardigan's lawyer quit in latest storm to hit troubled estate."

It appears that a trustee of the estate rented a house on the Earl's estate to the British pop star Pete Doherty, who is notorious for throwing parties and causing large amounts of damage.  It is not surprising that is exactly what Doherty is alleged to have done at the estate.

The Earl of Cardigan was not happy. As a result, two estate trustees stepped down three years ago. The Earl sued them last year.

The latest bit of news is that another attorney acting as a trustee for the estate, has also stepped down and has been vague about the reasons for doing so.

It is not clear what will eventually happen with this estate.

If the Earl cannot get along with his attorneys, he might find it much harder to get new ones to work as trustees for his estate.

Trustees Have Great Power but Can Be Held Accountable

Depending on the specific language of the trust documents, trustees can have wide latitude in deciding how trust assets will be invested and distributed. Giving trustees this power is important to make sure that the trust is operated in such a way as to maximize their value for beneficiaries.

Many people often waive their rights to hold a trustee liable either by consenting to a transaction before it is made or by signing a release from liability form. In both cases beneficiaries are supposed to be given full disclosure before waiving any rights. However, opinions about what constitutes full disclosure can vary.

Some trust documents themselves also limit the ability to hold trustees liable and courts always have the right to excuse a breach of duty by a trustee if the court finds it equitable to do so.

Expert legal advice may be necessary if you have a serious conflict with a trustee.

They lost that case. However, they have also been pursuing another lawsuit against Benson in federal court, which was triggered when Benson transferred ownership shares of his professional sports teams out of a trust set up for the benefit of the daughter and grandchildren. Benson is allowed to transfer the shares as long as he substitutes assets of equal value for them. So far, he has allegedly only offered to replace the shares with promissory notes.

A deposition taken of Benson in the state court case was supposed to be under seal, but portions of it have been leaked to the public as the trustee attached them to court filings in the federal case. In the deposition Benson stated that he wants to leave nothing in the trust.

The reason he gave for this was that his daughter and grandchildren tried to kill him. When asked how they did that Benson claimed that they picked on his wife when he was not feeling well.

Sometimes it appears as if all is going well with a trust as in the Frank Zappa estate but problems can flare up as The New York Times reports on the article "'Zappa Plays Zappa' Pits Zappa vs. Zappa."

Zappa died in 1993 and a family trust, which was controlled by his widow Gail Zappa, handled his music and intellectual property rights. It appeared that the family was getting along.

Dweezil Zappa, one of Frank's children, toured under the name Zappa Plays Zappa and faithfully reproduced his father's music for live audiences. However, now that Gail Zappa has passed away Dweezil will no longer be touring under that name and must instead use a different one.

This is because control of the family trust has passed to two of Frank's four children and Dweezil is not one of those in control.

The main dispute between the siblings is over what type of copyright license Dweezil should pay the trust for the rights to perform his father's music. Dweezil contends that he only needs the standard license that music venues purchase from rights holding services, such as BMI. For its part, the trust insists that a "grand license" should be obtained, which is typically reserved for the rights to perform theatrical productions.

This copyright dispute has spilled over into other areas including what name Dweezil Zappa tours under.

An important lesson to learn from this is that even when a trust appears to be working well it can be the source of disputes when a trustee passes away. In the case of family trusts that will be controlled by a surviving spouse, it is a good idea to think about possible conflicts between children after the spouse passes away at the time the trust is created.

An estate planning attorney can guide you through the process and help prevent family disputes in the future.

At one point it even included a boyfriend who claimed to have been secretly married to Bobbi Kristina. Now, there is a new development. The estate administrator has filed suit against the co-trustees of Bobbi Kristina's trust, Cissy and Pat Houston.

The trust is supposed to pay for the costs of administering the estate. However, according to the administrator, Cissy and Pat Houston will not pay any bills unless they consider the bills reasonable. The administrator claims that this has impeded the operation of the estate.

Given the contentious nature of the estate so far, it would be easy to quickly condemn the trustees for acting improperly. On the other hand, without knowing the exact nature of the bills the administrator submitted for payment it would be unwise to rush to judgment.

Trustees have an independent fiduciary duty not to waste the assets of the trust.

If the payments demanded by the administrator are unreasonable, then the trustees might have been right not to pay them. Before doing that it would have been best for the trustees to consult with an attorney.