Will May Include Colonel Sanders’ Secret Recipe 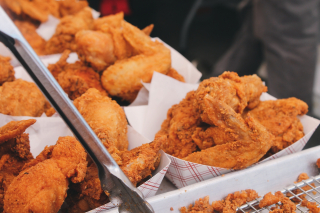 Colonel Sanders’ secret recipe of 11 herbs and spices used in creating the original recipe for Kentucky Fried Chicken may have been disclosed, according to the NBC News report “The Colonel's Secret Recipe Revealed? Not So Fast, Says KFC.”

Since recipes cannot be copyrighted or trademarked, they must be kept secret and anyone with knowledge of the recipes must be legally obliged to keep the secret. If that is not done, then the ability of the recipe’s creator to pass it on to his or her heirs in a way that retains its value is greatly diminished.

While interviewing a nephew of Sanders, a reporter was shown a scrapbook that contained the will of Sanders’ second wife. On the back of the will was printed a recipe for 11 herbs and spices the nephew claimed was the original recipe.

KFC’s current owner denies that it is the correct formula.

If this does turn out to be the original recipe that needed to be kept secret by Sanders’ estate, it would be ironic that it was printed on the back of a will of all places.