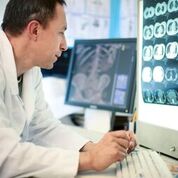 New research has discovered a clue to the possible danger of excess glucose in blood as a link to Alzheimer’s, according to FOX News in “http://www.foxnews.com/health/2017/02/24/excess-sugar-linked-to-alzheimers-study-finds-tipping-point.html”.

The research has discovered that excess glucose in the blood causes damage to an important enzyme in the early stages of Alzheimer's disease. It was already known that people with diabetes had a higher chance than others of getting Alzheimer's, but the exact link was not previously known.

The results of the study suggest another reason why people might want to avoid a diet that is high in sugar.

This study is not a definitive answer to what causes Alzheimer's disease and the results will need to be replicated by other studies. However, this does appear to be an important clue and a step in developing a means to prevent the disease.