PREVENTIVE HEALTH MEASURES THAT MAY DELAY DEMENTIA IN SENIOR CITIZENS 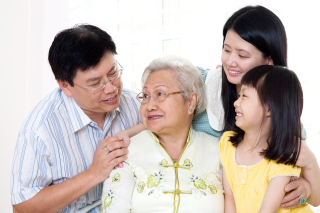 According to the Alzheimer Association, Dementia is not a specific disease. It's an overall term that describes a group of symptoms associated with a decline in memory or other thinking skills severe enough to reduce a person's ability to perform everyday activities. Alzheimer's disease accounts for 60 to 80 percent of cases. Vascular dementia, which occurs after a stroke, is the second most common dementia type.

Dementia Statistics in the United States

According to statistics, it’s estimated that one out of every six women and one out of every ten men living past the age of 55 will develop dementia. With around 5 million individuals in the US affected by dementia, it is common to have a friend or relative diagnosed with dementia.

Although there are several forms of Dementia, in the US, around 70% of cases are as a result of Alzheimer’s. While these figures may rise in the near future, health scientists are beginning to discover several preventive health measures that may help delay dementia in elderly citizens.

In a recent report by the National Academics of Sciences, Engineering, and Medicine, scientists have been able to postulate three key methods that may be able to slow down the impact of Dementia in older citizens. These strategies included: being physically active, high blood pressure control, and participating in cognitive training exercises.

Below are five (5) ways elderly citizens can reduce the effect of dementia and related cognitive conditions based on the NAS report.

Above all, visit your healthcare provider or a medical facility for proper diagnosis and medical check-ups regularly. If you would like to discuss these issues with an experienced Ohio Elder law attorney, please call our law firm at 877-653-3450 to schedule a consultation.