« Do Wealthy Benefit the Most from Social Programs? | Main | Hernandez’s Estate Not Worth Much » 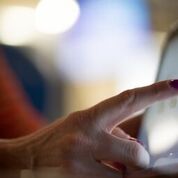 A recent court case involving the IRS and art work appraised by Sotheby’s, drew the ire of the judge, according to The New York Times in "Don't Blame the Russians, Tax Judge Tells Sotheby's Expert."

The value of artwork in an estate has to be determined for wealthy estates for estate tax purposes.  Therefore, estates employ expert appraisers who give their estimates for what the art would likely fetch at auction. This can create problems, if the art later sells for much more than the appraised value.

In a recent case, it seems a painting was valued by Sotheby's at $500,000 and that was the value given to the IRS. However, four years later, the same painting sold at auction by Sotheby’s for $2.1 million.

The appraiser explained that the primary reason for the discrepancy was that Russian collectors bid the piece up, since they are attempting to get their hands on artwork.

The judge did not believe that and instead determined that Sotheby's had intentionally low-balled the appraisal value to curry favor with the estate, so the auction house would be used when the painting was later sold.