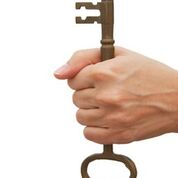 The lack of information about James Baldwin’s private life is about to change, according to The New York Times in "James Baldwin's Archive, Long Hidden, Comes (Mostly) Into View."

Scholars interested in James Baldwin have always had a difficult time learning the details of his life. This is because his estate has kept Baldwin's archives, including the notes and letters that he wrote, from the public.

Thus, the man behind the published works has remained elusive.

The estate has reached an agreement with the Schomburg Center for Research in Black Culture, a division of the New York Public Library, to house Baldwin's archives and to make them available to scholars for research.

However, the estate is still seeking to preserve some of its privacy.

Letters between Baldwin and four correspondents will be kept off limits for 20 years.

Its a good decision to make them available to researchers