Preventing the Elderly from Becoming Victims 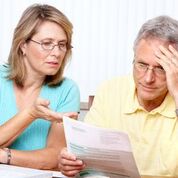 The elderly have often been an easy target for people who want to take advantage of them.  However, that is starting to change, according to The New York Times in "Declaring War on Financial Abuse of Older People."

Despite sometimes being easy targets, there has only been limited action to strengthen laws against elder financial abuse with many preferring to treat it as a private, family matter.

Thanks to the efforts of activists and elder law attorneys, lawmakers are taking increasing notice of the issue. Last year,  it was addressed in 33 state legislatures and proposals are currently pending in the Congress to toughen the law.

Some of these efforts are meant to help prevent the abuse from happening and to see that it is reported when it does. Other efforts are focused on making sure that elder financial abuse is treated appropriately as a criminal matter.

True, the elderly need protection from all kinds of abuses

This is very considerate since they have given to National building in their working age, they deserve protection

Nice article. Elderly need to be protected sometimes from their own children