Hernandez’s Estate Not Worth Much 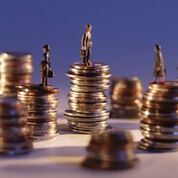 It has been determined that after criminal cases filed against former NFL player Aaron Hernandez played out in court, there is little left in the estate, according to the New York Daily News in "Aaron Hernandez's estate is worth nothing: court records."

Aaron Hernandez’s suicide ended the criminal cases against him, but also launched battles over his estate. Those involved in the estate battles would be his four-year-old daughter, her mother and the families of his victims who expect to receive a share of the estate to compensate them for their losses.

What was not initially known, was how much money Hernandez had left after all of his legal troubles.

Hernandez's girlfriend, the mother of his child, filed papers with the probate court overseeing the case. These papers document that Hernandez passed away with virtually no money or valuable personal property to speak of.

The only thing left is his home and the court granted the girlfriend permission to sell the home to an undisclosed interested buyer for $1.3 million. The mother of one of Hernandez's victims has stated that she wants a portion of proceeds from the sale.

This is a case that is tragic all around.