« Settling Estate Can Bring Trying Times to Family | Main | Why Do Super-Agers Have Better Memories? » 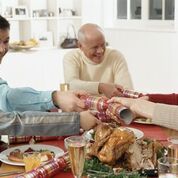 A new study points out some of the problems that occur, if you don’t have an estate plan, according to Financial Advisor in "Most Americans Still Avoid Estate Planning, Study Says."

A BMO Wealth Management study has confirmed that 52% of Americans do not have a will and most respondents wanted to leave their estates to their spouses or to have their estates equally distributed between their children. It also found that many people wanted to do something else.

One of the most important ways family fights over an estate can be avoided, is to communicate with heirs about plans for the estate. This lets heirs know what to expect and why.

When children believe that their parents' estate plans are unfair and those plans have not been discussed with the parents, you have the basic ingredients for a fight between family members over an estate.

Very true, wills are the way to go