Do Wealthy Benefit the Most from Social Programs? 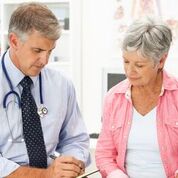 White Americans who are the least well-off financially are on average beginning to live shorter lives, while wealthier Americans are now seeing an increase in their lifespans, according to Financial Advisor in "The Rich Are Living Longer And Taking More From Taxpayers."

The result of this trend is that wealthy Americans are receiving a disproportionate amount from the Social Security and Medicare system. However, when all government benefit programs are considered, the lowest income levels and the wealthiest receive about the same overall.

The problem is that the Social Security system needs to be fixed, to make sure it remains solvent.

One way to fix it is to increase the retirement age, but that will make the problem worse. Wealthier Americans will not be affected as much as many poorer Americans who will not live to see any benefits. This will effectively make their payments into the system, a tax on them for the benefit of the wealthy.

Another solution is through means-testing Social Security, but the program was designed without means-testing to make it more difficult to cut later on.

This is a good article. Increasing retirement age will hurt some people

Being wealthy should not be considered as a vice. Long lasting solutions like creating infrastructure for the poorer would do