« People with Dementia Should Be Treated as Adults | Main | Extremely Religious, Atheists ‘Least Afraid’ to Die » 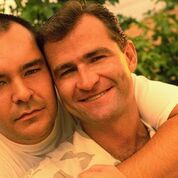 A recent case in Florida brings to the forefront the necessity for same-sex couples, despite the U.S. Supreme Court decision legalizing same-sex marriage nationwide, to be wary of the laws of intestate succession, according to Slate in "Federal Judge Rules Florida Must Add Same-Sex Spouses to Death Certificates."

In the case discussed in the article, two men had lived together in Florida for 42 years. They were legally married in New York in 2012. A year later, one of them passed away in Florida.

The state of Florida refused to reissue the death certificate without a specific court order to do so for each death certificate. A federal judge has ruled against the state and ordered that it must reissue all death certificates to list same-sex spouses for couples who were legally married before Supreme Court's decision.

While this case turned out well for those affected, it illustrates that same-sex couples cannot necessarily rely on proper enforcement of their marriage rights.

An estate planning attorney can advise you on creating an estate plan that meets your unique circumstances.