Battle over Jackson Estate Shows No Sign of Abating 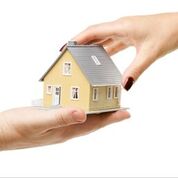 The latest charges surfacing in the family fight over Michael Jackson’s estate, are allegations of elder abuse, according to TMZ in "Katherine Jackson Proposal For Grandson To Settle Family War."

The Jackson estate still has not settled its dispute with the IRS over the estate tax. His family  also has not come to terms with and completely accepted the decisions he made about his estate.

Jackson chose to cut his siblings and his father completely out of his estate.

Instead, the estate goes to his mother, Katherine Jackson, and to his children. The estate pays Katherine monthly. The remainder will be divided between his children and charity, when she passes away.

The latest battle centers around allegations that Jackson's other relatives are trying to use Katherine to get to Michael's fortune,

Katherine Jackson recently filed a complaint against Trent Jackson, Michael's cousin, accusing him of elder abuse and taking her money. Trent claims that she is being pushed to do so by other relatives, who want him out of the way so they can get to her money.

Trent is proposing that Katherine have a meeting with a nephew, TJ Jackson. He believes that TJ will be able to figure out the truth. Trent promises to get out of the way, if TJ believes there was elder abuse.