Sam Huff Has Plenty of Help in His Later Years 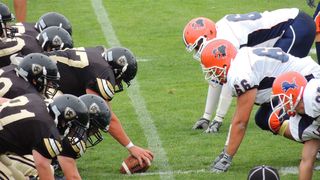 The Washington Post has reported in "Sam Huff needs help making life decisions; there is a fight over who should do it" that former NFL linebacker Sam Huff, who played for the Washington Redskins, has an unusual situation as he suffers from dementia in his later years.

Huff, who is in the Pro Football Hall of Fame, had been living at home with a woman who describes herself as his life-partner, Carolyn Holder. His daughter, Catherine Huff, picked him up to take him to a dentist appointment in March, but she never returned him to his home. Instead, she took Huff home with her and has been taking care of him there.

Now the daughter and the partner are at odds and both want to have responsibility for him. They have both asked the court for guardianship.

Perhaps the most unusual aspect of this case is that no one appears to be trying to change Huff's estate plan in their favor and neither side is accusing the other of trying to do so. That is all too often the case when people fight over who should care for an elderly loved one, but in this case it appears that both sides would just like to take care of Huff.

Reference: Washington Post (Sept. 2, 2016) "Sam Huff needs help making life decisions; there is a fight over who should do it."

Posted by Jarvis Law Office on 10/03/2016 at 09:30 AM in Advanced Medical Directives, Elder Law, Gaurdianship, Power of Attorney | Permalink

Strange battle ! Zeal for their loved one is consuming them and this is beautiful