A Second Marriage Could Threaten Assets 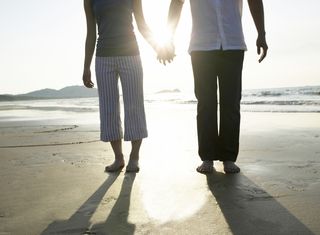 A secret divorce in a foreign country has caused some problems with the protection of assets, according to the New York Post's recently published article on a bizarre lawsuit in "Husband secretly divorced wife after wedding 'to protect assets'."

It seems some 20 years ago Cristina Carta Villa, now 59 years old, married Gabriel Villa, now 90 years old. According to Cristina, as far as she knew the two of them were still married and they have lived together ever since.

However, when a tax bill for their Manhattan home arrived she grew suspicious when her name was not listed as an owner of the property. Gabriel is alleged to have taken her name off the deed. He did this by claiming that the couple was not married.

Apparently, a few months after the wedding ceremony, Gabriel Villa hired attorneys in the Dominican Republic to divorce the couple in that country even though the two of them were not living there and never appeared in court.

Cristina Villa claims that Gabriel is now trying to sell the Manhattan home to his adult daughter and cut her out. She is suing him to have the divorce she did not know about invalidated.

Perhaps one of the strangest aspects of this case is that Gabriel Villa is a lawyer. Consequently, he should have known that there were far better ways to shield some assets from his wife if he wanted to make sure they went to his daughter from a previous relationship.

For starters, before getting married Gabriel could have arranged for a prenuptial agreement. After marriage he still could have asked for a postnuptial agreement. Despite those two options, Gabriel should have remembered that a spouse does not necessarily need to inherit all of the assets of the deceased spouse. In fact, the surviving spouse is entitled to an elective share, but any assets beyond that can be distributed however the deceased wants as part of an estate plan.

An estate planning attorney could help with advice on the distribution of assets when a second marriage is involved.